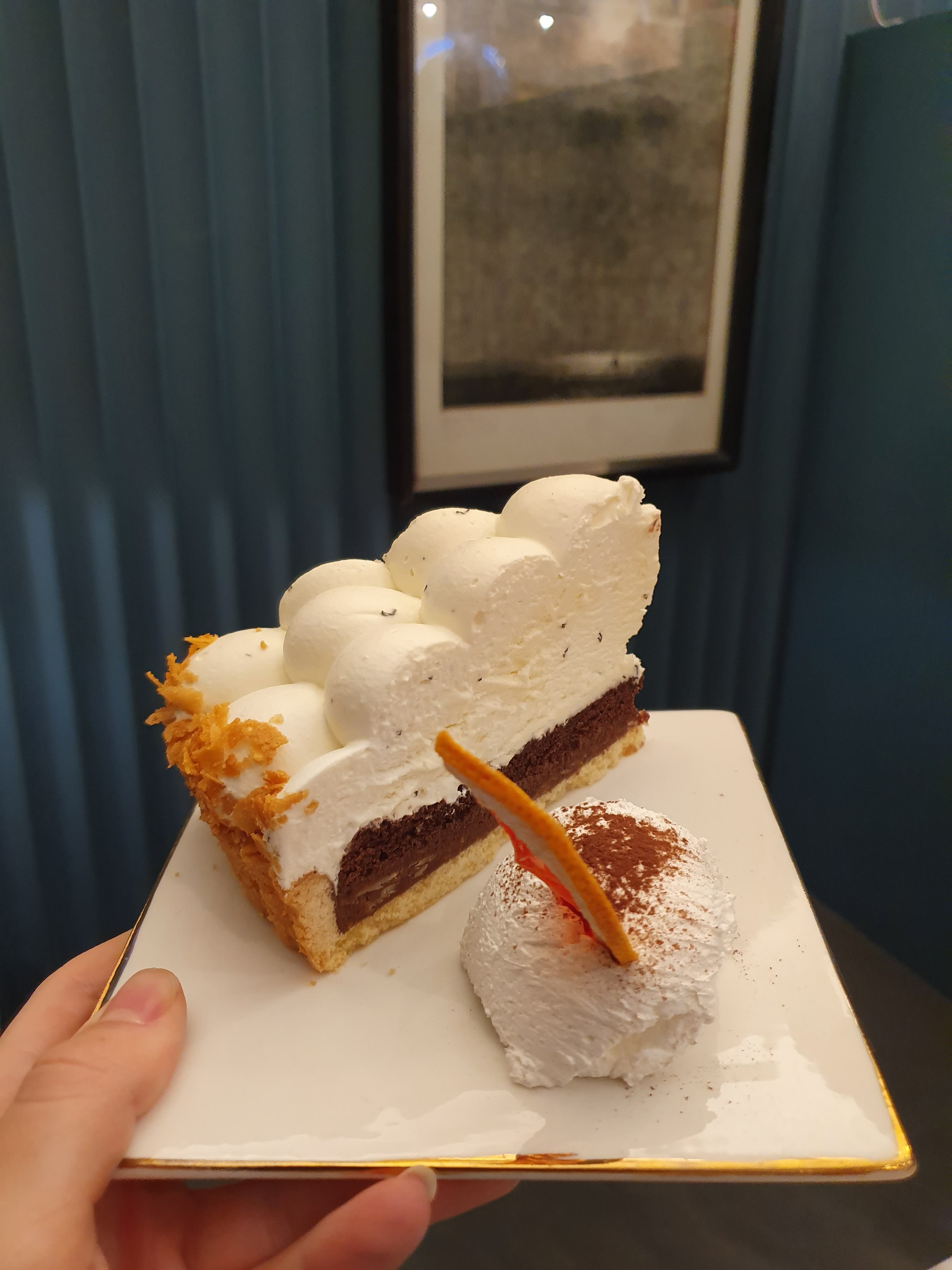 I could go on and on about the great cafés in Seoul, just like most other bloggers do. It seems like every neighborhood of every district of every city in Korea has a coffee just waiting to be tried. Half the time it’s not even about the coffee, but rather the interior design. Whether that’s eclectic, classical or minimalist, you can easily find the style you like. Of course, my historian heart loves anything with a traditional feel, but more often I find myself in the newer, Scandinavian type coffee shops.

It’s a recent goal of mine to explore more of my own neighborhood, so I decided to do that one rainy evening a couple of weeks ago. Back in November, I was itching to make some pottery, and found several pottery cafés near me. In a sudden change of events, I took my exploration all the way to Icheon and then forgot about said studios. You know, as you do.

So, two weeks ago I decided to remedy that by checking out Dedot Café. Dedot is tucked away down an alley in the famous HBC (Haebangchon 해방촌), aka the foreigner playground. When you make your way down the little alley, a circular window might catch your eye first. You could potentially walk right past it, but the towering gold mirror inside will be sure to catch your attention.

It’s always decently warm when you walk inside Dedot, which is a real treat in the Korean wintertime. Heaters are a must to warm my cold hands and my cold heart.

The interior color palette is mostly white, black, green and blue. Even though this could give off a cold feeling, potted plants scattered all around the space help bring you somewhere almost tropical. I can’t put my finger exactly on the style, but it’s certainly appealing to my millennial eyes.

The shop offers a wide variety of cakes including cheesecake that looks like actual cheese (a popular 2017 trend), red velvet cake (classic) and raspberry tarts (let’s all pretend we’re French), among others. But the real winner is the White Earl Grey Tarte. Its fluffy top half packs a strong taste of tea, but isn’t drowning in sugar like one may expect. The bottom half is separated into a chocolate and caramel layer with hidden almonds inside. The crust is the perfect blend of a soft and crunchy buttery taste. The slice is served with a fluffy cream, dried orange, and chocolate dusting. Definitely not vegan-friendly, I’m afraid to say.

I’ve had three of the drinks on the menu as well, which isn’t as extensive as one may expect, but it doesn’t need to be. The menu is the perfect size with a good range of options. You can grab a European beer if you’re feeling a little wild, or a soda if you’re looking for something more relaxed. The pink lemonade is a bit on the sour side for those who like a kick, and the green grape soda is my personal non-coffee choice. Both are decorated with real fruit and a bright, zingy color.

As for the coffee, where does one start? It’s definitely aiming to wake you up. It’s strong and fresh, and best of all it’s beautiful. The Vienna latte is as black as night. But that’s all hidden under a cloud of cream and cinnamon, topped off with an actual cinnamon stick. It was so beautiful that my heart could barely mix it.

The café is relatively popular in the area, especially in the summertime, for the extra amenities it offers. There’s a large outdoor space with several tables and chairs for both small and large groups. The only negative aspect is that it’s right next to the main road, so you’ll get a bit of traffic sound while you chat.

There’s also a circular table separated by a curtain that’s popular for meetings and study groups. You can book the table in advance for safekeeping.

And perhaps the biggest point of all is that Dedot offers one-day pottery making classes (which I alluded to before). These don’t happen all the time, so you’ll have to check their schedule on SNS, but it seems like a really great way to spend the afternoon. They do beautiful designs in a lace pattern on white porcelain. There are other courses that allow you to make pots in various types of glaze, so whatever your style, be on the lookout.

Dedot Café offers great moments of relaxation like most cafés in Korea, but where it really excels are its drinks. Come here for a long afternoon with friends, or for a quieter, sentimental journalling day. Whatever your plans, Dedot has the right vibe for all occasions.