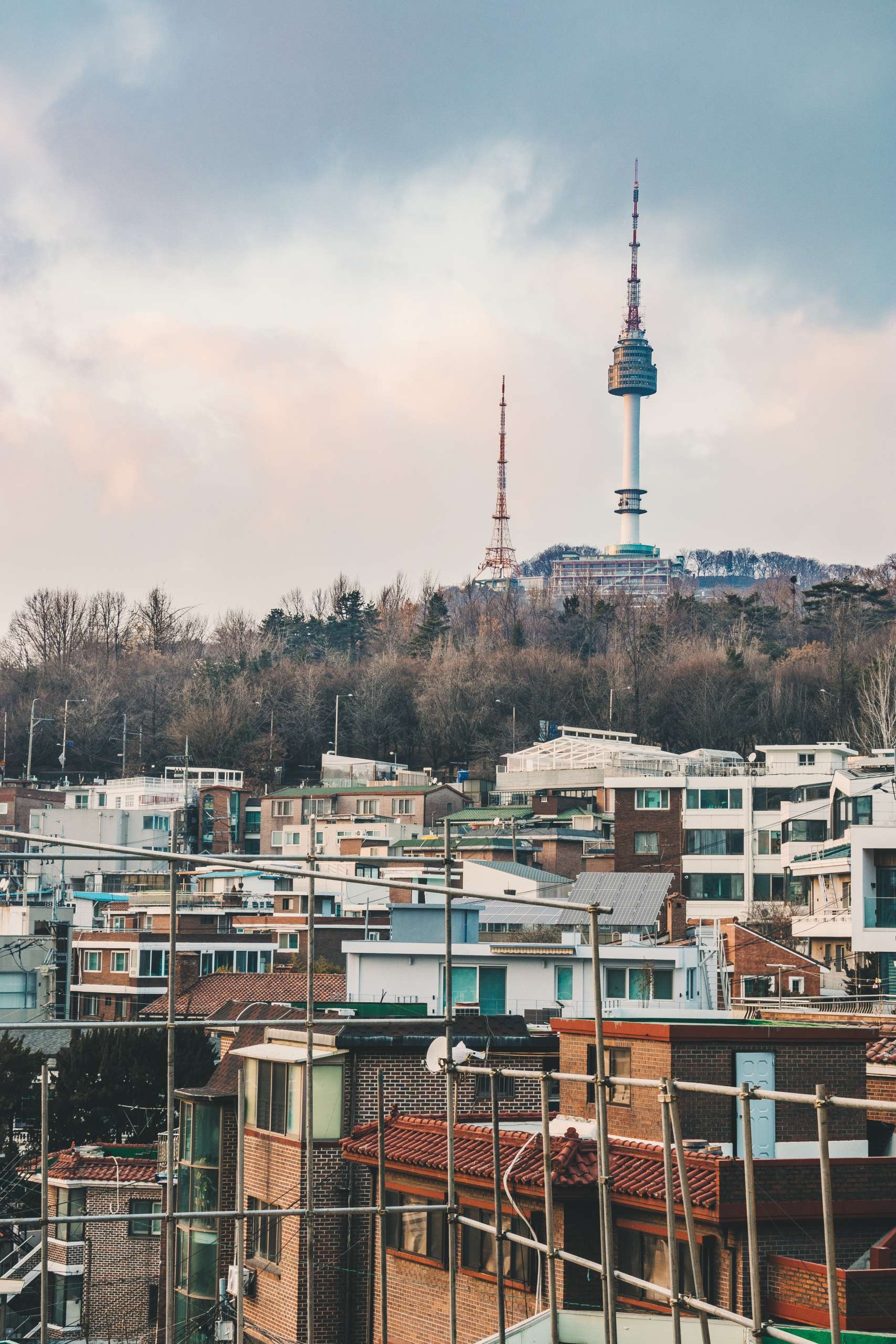 Itaewon. Itaewon Freedom. Yongsan. If you’ve heard these words, one of the first things to come to your mind was likely… foreigners. Itaewon is unarguably one of the most unique spaces not only in Seoul, but Korea at large. Its history stretches far further than its famous US military base and popular club district that many are familiar with. Read on to discover the neighborhood’s unique history and how it’s culture is changing post-COVID.

A Brief History Of Itaewon

Itaewon is nothing less than a cultural hot spot. Even as the American troops relocated to Pyeongtaek in recent years, the neighborhood maintains its multicultural heritage. Itaewon is best known for its military base, Haebangcheon (HBC) Village, clubbing district, and the nearby wealthy Hannam-dong street. All of these memorable spaces rest at the bottom of Namsan Mountain, trickling downhill like a stream to the beautiful, sparking Han River. Even by geographical standards, it’s no surprise that locals and travelers alike love the area.

Twenty years after the Korean War (1950-53), Itaewon became a shopping district. Winding streets and alleys were host to foreign restaurants, discount fashion shops, brand name stores, and international grocery markets. The 1990s in particular saw a large influx of Middle Eastern and African residents who brought their delicious food heritage along with them. These restaurants quickly earned a reputation as some of the most delicious food spots in the city. Many of these establishments exist today, as well as Itaewon Antique Street which sells predominantly European and American goods. And while Itaewon is one of the older neighborhoods in Seoul, with plenty of crumbling facades, prices are famously high here.

Until the late 2010s, Itaewon maintained its predominantly foreign culture. However, things began to shift when the US military base announced its plans to relocate to Pyeongtaek (평택), stripping away a large portion of the foreign residents and their late-night habits.

In 2020, the outbreak of COVID-19 saw the closing of numerous shops, restaurants, and cafes in the area. By early 2021, Itaewon’s streets were nearly barren – the once-flooded zone a practical ghost town. Another tragedy at the hands of COVID-19 was the gut-twisting, age-old tale of gentrification. Most properties were purchased by money-hungry landlords who turned beloved kebab stalls into high-end bars only financially available to the elite. You can even find a self-service photo studio right in the middle of Itaewon’s clubbing district! What’s more, the outbreaks of COVID-19 in Itaewon caused widespread anti-LGBTQ+ sentiment and xenophobia among Koreans.

Itaewon was originally a transportation hub where travelers could get horses during the Goryeo Dynasty (918-1392). Itaewon’s location beneath a mountain and above a river made it a convenient location when traveling. Militaries eyed it as a potential hub since ancient times. The region was mentioned as early as the reign of King Gongmin (1330-1374), who traveled here on his way to Andong.

During the Joseon Dynasty (1392-1910), Itaewon became more of a significant area as the new leaders relocated the country’s capital to Hanyang – modern-day Seoul. As foreigners began to enter Korea in the 1880s, embassies and inns began to pop up in the region. Apart from Incheon, Itaewon became one of the most prominent spots for foreigners and travelers heading in and out of the capital city.

But what of the name ‘Itaewon’? Although most historians believe ‘itae’ refers to pear blossoms, there is a chance that it might also refer to ‘placenta’. As noted by Dark Side of Seoul, a combination of the Chinese characters ‘dayi’ and ‘placenta’ could suggest that Itaewon was where Joseon women unwillingly received the seeds of the ‘Waein’ (Japanese) during the Imjin Wars (1592-98). The ‘won’ refers to medicine, suggesting that this was an area for rest, healthcare, and lodging.

Following the Imjin Wars and Joseon becoming a vassal state of Qing (1637), Itaewon became a refuge for Buddhist nuns and women that had been assaulted by foreign invaders. Locals considered it a shameful place of ‘sullied’ women – known as hwanhyangnyeo (환향녀) or ‘women who return to their hometown’. Confucian society, which Joseon was, considered sexual assault a crime against one’s ancestors.

Just before Japanese Occupation in 1910, the Yongsan Military Base was constructed in 1906. Itaewon had always been an area popular among militaries with the Qing even settling here in the 1880s during the time of the Gapshin Revolt.

Itaewon was also home to the city’s largest cemetery until 1937. It eventually became overcrowded and was relocated, with many skeletons appearing during residential development periods.

Following the end of World War II, the 8th US Army settled here until 2018, when 66% of the troops relocated to Pyeongtaek. Due to its location in the heart of Seoul, Itaewon was formerly a commercial and transportation district. The private sector has the most control, and even today we see a limited amount of public transportation passing through the area due to geographical limitations. The first official village in Itaewon was where the Jugong Apartments rest today, which are still home to many foreign families and teachers.

Itaewon is one of the most popular neighborhoods among foreigners. Grand Hyatt looms over the city with its obsidian, black facade, and local staples such as the Hamilton Hotel offer some of the best pool parties in the city. Many of the stores on the main street offer tourist goods at a price to be haggled. And while Itaewon used to be famous for its counterfeit goods, these stalls have almost disappeared at the hand of gentrification. However, if you’re in need of authentic imports and international foods, Itaewon is one of the few options in Seoul.

The main streets just outside of Itaewon Station include Homo Hill, Seoul’s gay village, as well as the clubbing district. A great example of the bustling nightlife is the 2020 hit Netflix series, Itaewon Class.

In the 60s and 70s, when the US military was in full-swing, Itaewon grew its reputation as an entertainment area. If you were to visit during this time, you might have seen the ‘Texas Village’, as well as large shoe and clothing stores that exist to this day. It was so foreigner-friendly that some clubs even prohibited Koreans, and jazz clubs became all the rage.

Itaewon wasn’t all sunshine and rainbows. In fact, the area grew increasingly dangerous and associated with mysogony with Korean women actively avoiding the area. More embassies set up here as the 1970s went on, the Hamilton Hotel opened in 1973, and luxury homes alongside foreigner-only housing popped up rapidly. In 1976, numerous Islamic countries came together to set up the Seoul Central Mosque.

Due to the recession of the 1990s, Itaewon’s growth simmered and a crackdown fell on adult businesses on Hooker Hill. Brothels had been common in the area since the 60s, despite the government making prostitution illegal in 1961. In 1998, the Russian economic recession brought many Russian prostitutes to the area and gangster tendencies with them. In 1999, two Russian workers got into a fight over territory that ended in a stabbing death. This didn’t stop workers, however, and Hooker Hill was well-known until recent decades. With these dangerous streets, other districts gained interest from foreigners such as Gangnam and Hongdae. Homo Hill also got its start in the mid-90s, with the first bar opening sometime between 1995 and 1996.

One of the most famous clubs in Itaewon is Grand Ole Opry – which you won’t find on any digital map. The saloon-style bar opened over 40 years ago and is owned by a Korean woman named Samsook. She’s famous for her dislike of Korean men and her four marriages. Foreigners and Koreans alike love the widow Samsook. Upon visiting her bar, many guests share their foreign currency as wall decor.

Gyeongnidan-gil: Icon of the ‘Hot Place’

Hot Place – it’s a word you should know. A ‘Hot Place’ is a trendy neighborhood on weekends and sunny days that eventually loses its popularity when another region takes the crown. Gyeongnidan-gil, my former home, is an icon of the ‘Hot Place’ trend. The uphill street saw its heyday around 2014 but a gradual decline until the end of 2019. There are many reasons for this, including a gradual increase in rent prices, and COVID-19 offering no friendly greetings.

As of summer 2022, Gyeongnidan-gil is slowly entering its second era of ‘Hot Place’. While most of the street’s residents are Korean, foreigners have started to move in amid increasing rent princes in Itaewon and Haebangcheong Village. Gyeongnidan-gil is a quieter area of Yongsan-gu, and offers a great blend of Korean and foreign cuisine alongside Instagram-worthy cafes.

The area is half-affordable, half luxury. Older houses meant cheaper rent prices. But at the same time, we still see the Grand Hyatt, foreign embassies, and the homes of prominent Korean celebrities and politicians.

I had never known the name of this particular street until 2021, despite having walked down it on several occasions. Usadan-gil rests just south of Itaewon station, trickling off from the Seoul Central Masjid. You can find some of the finest halal cuisine in this area, as it is mostly under Muslim influence. The mosque is a beautiful sight surrounded by hijab shops, Middle Eastern dining options, and (as always) plenty of cafes. Although this area was once home to the famous Stairway Flea Market, it no longer seems to be running.

As gentrification takes over Itaewon, many foreigners and businesses have moved to the uphill streets of Haebangchon, aka HBC. HBC is a popular residential area for foreigners, stemming off the former military base, but is gaining interest from Koreans.

HBC was once a shooting range used by the Japanese during the occupational period. It was also where many Koreans exiled overseas returned, or those who fled from the North during the Korean War. HBC has always been a sanctuary for those outside the normal description of ‘local’.

Today, HBC is known for its drinking and dining options. It’s one of the most popular places to spend your weekend with its multicultural dining options. Stop by Casablanca for Moroccan sandwiches, check out the The Sool Company for local alcoholic beverages, try out Korean-fusion at the upscale SamSol, or grab a coffee in a laundromat at Laundry Project. Yes, they’re all really there, and more. And while you have to trek up the hill, the developing Shinheung Market is worth making the trip.

Hanbok Rental in Korea: Everything You Need to Know (Size-Inclusive)

A Complete Guide to The Garden of Morning Calm