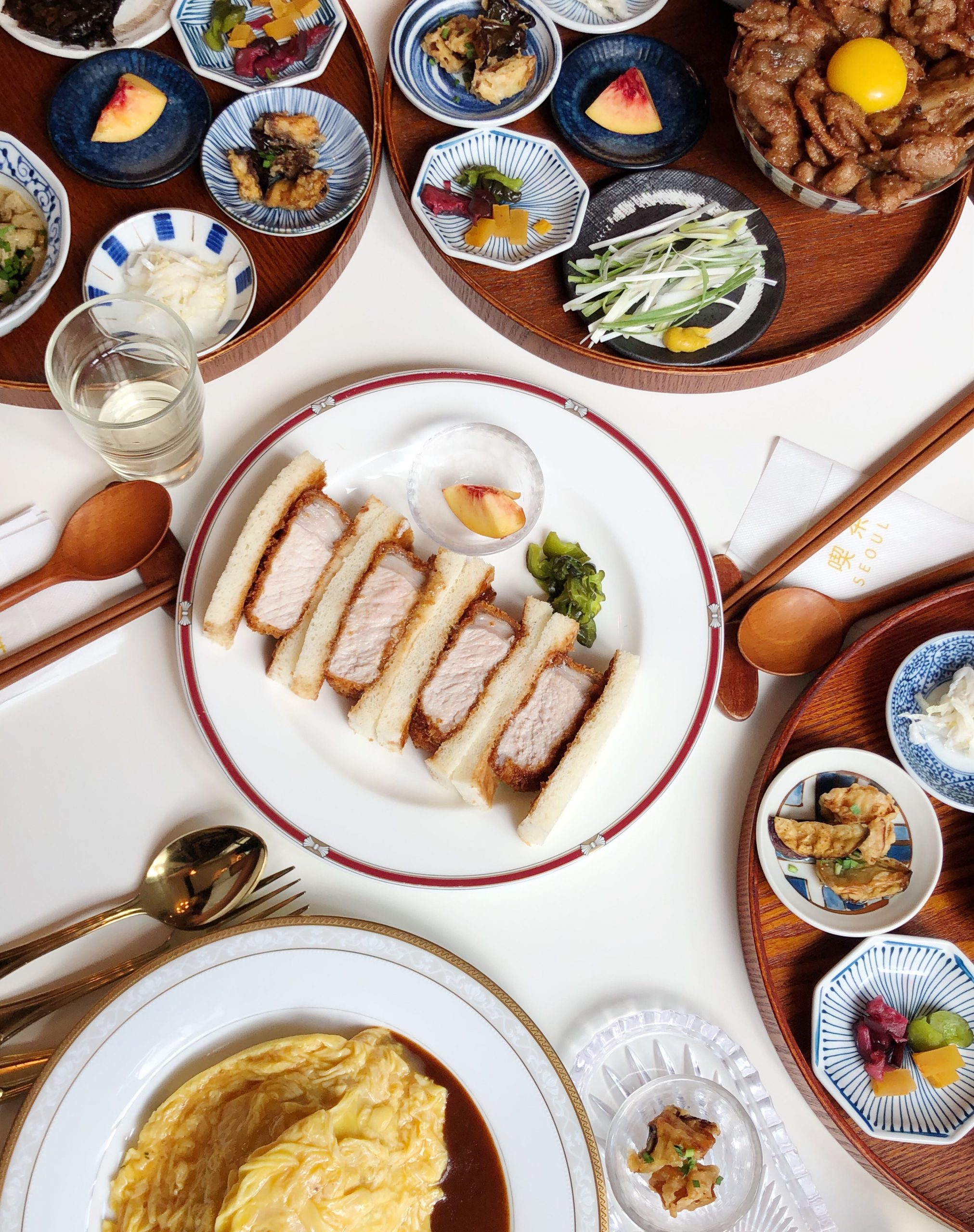 Have you ever been out for lunch with a friend or partner, but you haven’t decided yet on where to go so you wander around, looking for somewhere good, and happen upon somewhere that sounds good but you aren’t 100% sold, that then turns out to be one of the best meals you’ve had in a long time? Yeah, me too. And that’s how I found Kissa Seoul on Sharosu-gil, the newest hotspot of the city.

Sitting in prime location near Seoul National University subway station at the top end of Sharosu-gil, an area of Gwanak-gu comprising one main street with several smaller side streets full of places to eat and drink, Kissa Seoul is one of the hottest places to eat south of the river. Serving Japanese donburi – rice bowls with different toppings – as well as some other well-known dishes and sides, it’s no wonder why Koreans and foreigners alike are flocking there. This type of food is already popular but Kissa Seoul, with their concise menu and pretty plating, is getting a lot of attention for it.

However, it’s not only the look of the food that has people paying attention, but the quality of it too. Kissa Seoul has managed to turn a simple donburi experience into a real treat. All the main dishes come served with several accompaniments including pickled vegetables, baked aubergine, kimchi, and fresh peach. They also offer non-rice bowl dishes and sides, including the popular soft-centre omurice (fried rice served with an omelette and a sweet and tangy sauce).

A sandwich to remember

I’ve visited Kissa Seoul three times and have been consistently pleased each time I go back. The dishes come out the same every time and are so simple but really delicious – it’s the kind of restaurant I can’t forget about. Coupled with the vintage décor, the people at Kissa Seoul have created an incredibly humble but oh-so-satisfying menu and atmosphere. It’s impressive in it’s simplicity – Kissa Seoul doesn’t boast fancy food or use flamboyancy to attract customers and create memories. Word of mouth is good enough here, and lives up to what is spoken about it among friends and on the internet.

Sharosu-gil in the south of Seoul is becoming more and more popular, and a stand-out star of the area is Kissa Seoul, a sophisticated restaurant serving simple but delicious Japanese food. It’s great menu and even better quality of food sets it apart from the rest, and will leave you with memories worth sharing over and again with others.