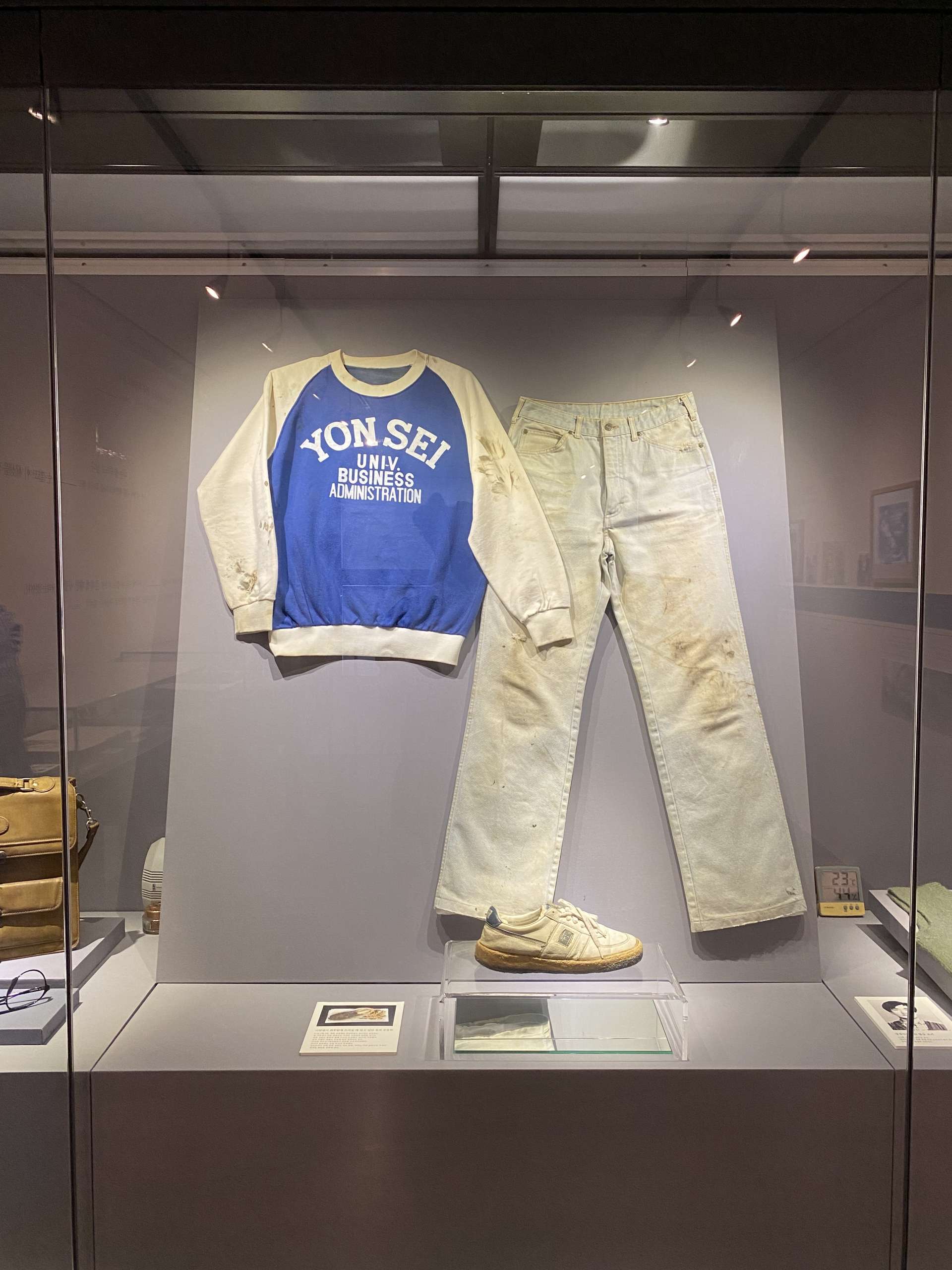 The Lee Han Yeol Memorial Museum in Seoul honors the life of Korea’s 22-year old patriot. It also takes necessary steps towards maintaining democracy in the future. Read on to learn more about the museum and the man who inspired it all.

Who was Lee Han Yeol?

Lee Han Yeol (이한열) grew up in Gwangju (광주) and had what most would consider a simple childhood. He had a penpal in the U.S., enjoyed goofing off with close friends, and spent quality time with his family. Lee graduated from Gwangju Jinheung High School and followed his dreams all the way to Yonsei University in Seoul as a Business major. Just like you and me, he imagined a better future for himself and his country. Nothing would stop Lee from achieving those goals.

After learning about the Gwangju Democratic Movement (Gwangju Uprising) that took place in Lee’s hometown in 1980, the student’s life took a drastic turn. He dove headfirst into the student movement; Lee’s peers knew him as a Yonsei figurehead and rallied behind him.

On June 9th, 1987, a tear gas canister hit Lee in the back of the head during a protest outside of Yonsei University. He quickly lost consciousness while a fellow student carried him off. Thankfully, a reporter was able to snap what is now one of the most famous photographs in modern Korean history (see the black and white image featured below). After 27 days in intensive care, Lee passed away on July 5th at the mere age of 22.

Most of the Seoul population watched Lee’s recovery period with a unified, anxious heart. When he passed, it was not only a blow to the student movement, but to the hearts of citizens everywhere who couldn’t fathom losing a child. Lee’s funeral was held as a ‘Democratic National Funeral’ with 1.6 million people in attendance. Lee’s body now rests in his hometown of Gwangju at the 5.18 National Cemetery. Although Lee’s story finished earlier than most, his sacrifice was one of many that led Korea to become a democracy. His life and impact will never be forgotten.

The museum opened in 2004 thanks to funds from Lee’s mother. Additionally, financial help from Korean citizens played a large role in the museum’s construction. On June 9th, 2014, it was re-opened as a private museum.

This space is the permanent exhibition for Lee Han Yeol relics. The most famous piece is undoubtedly the outfit from the day he was hit. We can also see Lee’s school bag and glasses alongside school documents like a report card and yearbook photos. Formerly, the museum was in possession of the Yonsei University Chemical Engineering Flag, which has traces of Lee’s blood on it from the rally. The flag was in the school’s storage until its discovery and donation in 2015. To get a better understanding of the corruption at the time, the featured Search and Confiscation Warrant reads: ‘The object to confiscate: Lee Han Yeol’s corpse.’

This floor hosts temporary exhibitions on national patriots. One of the museum’s most popular exhibitions is its annual Unforgettable Faces series, first shown in 2014. This exhibition displays portraits of some of Korea’s greatest democratic heroes. Additionally, you can find a small shop here with postcards, books and posters. If you don’t read Korean, most exhibitions contain a QR code with English narration (tune in for my voice in the October 2021 exhibition).

This floor holds the museum storage and official office. If you’d like to speak to a member of staff, knock politely and they will be happy to answer your questions. You can also purchase goods from the upstairs shop here.

This floor is for private parking. If you’re planning on visiting the museum, please see the information below about the best way to travel here via public transport.

Lee Han Yeol Scholarship: This scholarship was set up to award college students with 10,000 won monthly donations. For applications, please speak to a member of staff of contact them through the official website (see Information).

Lee Han Yeol Academic Conference: In partnership with Yonsei University, this annual conference intends to reinterpret the meaning of democracy and to continue historical research on the June 1987 Democratic Uprising.

You can make a donation to the Lee Han Yeol Memorial Association via Shinhan Bank: 100-028-371614. Any amount is welcome and proceeds will go towards future exhibitions, research projects and more.