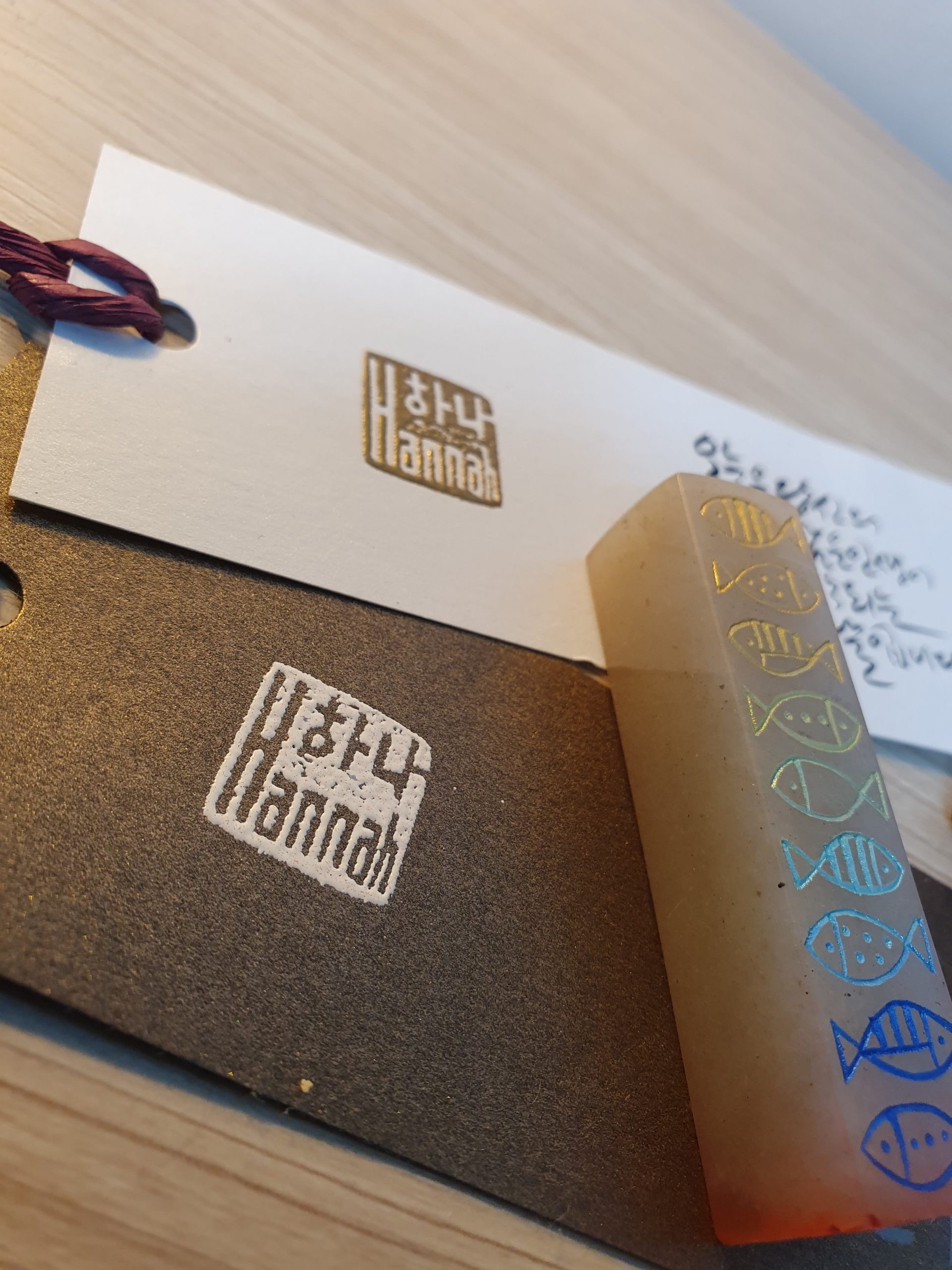 Have you ever heard about the Four Treasures of the literati (munbangsawoo 문방사우)? They were the paper, ink, ink stick and ink stone that are commonly used in East Asian calligraphy. These are staples of traditional Korean culture, but they also require a long list of other objects. For example, a water dropper, brush rack, and name seal or stamp (follow our Pinterest page for other gorgeous, traditional pics).

The name seal or stamp is called a Dojang 도장. It’s not only an ancient memorabilia of Korea but continues to be used and valued in contemporary times. Let me introduce you to the history of these gorgeous seals and give you some tips about how you can make your own in the capital city!

What is a Dojang?

Although it’s not an official member of the Four Treasures, historians might consider the dojang an honorary member. But what exactly are they? A dojang is a stamp made from stone, wood, ivory or precious metals that displays the signature of the owner. Nowadays, you’re most likely to only see ones made from rock.

It’s believed that the production of these stamps began in the 2nd century B.C. Its popularity significantly grew during the Three Kingdoms period (57 B.C.-668 A.D.) and since they’re still used today, we can see how they’ve withstood the test of time.

Seals were originally used by the government – as far as archaeologists can tell. Since relations with China were so important in the past, the two main seals were both used when addressing foreign envoys or the Chinese emperor. When the Republic of Korea was officially established in 1945, a new type of state seal called Guksae 국새 was introduced for national and diplomatic documents.

Most Koreans own their own Dojang for the same reason it was initially used – to sign their name on an official document! You’ll notice that each one is different according to personal style and taste. While signing your name is accepted in today’s society, the use of an official seal makes the document seem more authentic. In some situations it’s even required by law.

Seals were also used to sign one’s artwork. Usually a red square, the dojang was used to create an artist’s claim to their work. This type of signature is called a Nakgwan 낙관. You can see these around many of Seoul’s traditional villages.

Where To Make Your Seal

Dojang shops are very easy to find around Korea. The most popular destination is Insadong, the traditional craft center of Seoul, where you can find both modern and antique styles.

For a modern dojang, there are several shops on the main Insadong road offering their services. Hannah recommends 토독공방 outside of Anguk Station exit 6! The prices for these vary with the cheapest costing around 30,000 won. That will typically get you your name in English, Korean or Chinese plus one small image. The stones are usually white, brown or black with a sleek design. You can also buy ones with pre-etched designs like Korean mountains and national flowers.

I’m a scholar, so I like to go for the more traditional look. For this, you can pop into one of the paper shops lingering on the edges of the neighborhood as well as the main road. Here you can buy actual antiques or replicas made in the old style. Most old dojangs are thicker and shorter, with auspicious symbols such as turtles and dragons carved into the top. These are obviously a bit more expensive, but they definitely give a more authentic feel.

Additionally, you can also spot Dojang shops in some of the biggest subway stations such as Euljiro 을지로입구역. Quite frankly, if you can read the hangeul 한글 for dojang 도장, these shops are in every neighborhood. Personalizing it and making it your own is one of the most important parts about owning a Dojang. And don’t forget to buy ink before you leave!

And what about if you want to make your own? Of course, there’s a class for that! We found some good options here and here. When you’ve finished, be sure to tag us in a photograph on Instagram @pinpoint.korea!

Korean Customs & Etiquette Tips: What to REALLY Expect When You Visit