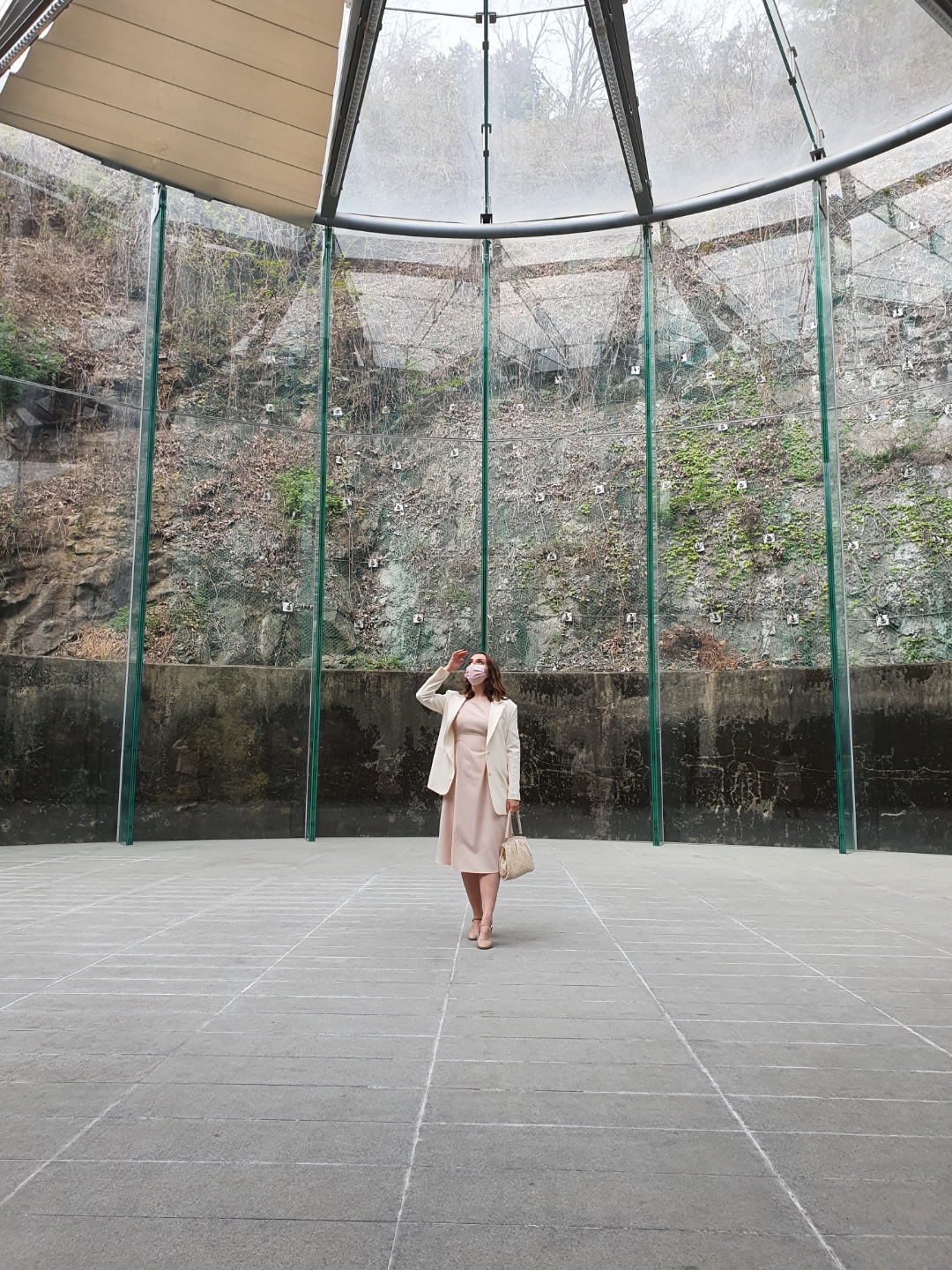 When searching for unique things to do around the vast and ever-changing city of Seoul, you may come across something called the ‘Oil Tank Culture Park’. If the name doesn’t already intrigue you, the history behind this renovated art park certainly will. There are plenty of things to see and do in and around this bizarre tourist destination: read on to find out more.

In 1973, Korea suffered from its first oil crisis due to a lack of crude oil supply. To remedy the situation, the government constructed an oil depot near Maebongsan Mountain five years later. Five tanks were set up with a height of a 5-story building and made with enough space to hold nearly 70 million liters of oil. If you can believe it, this was the standard monthly amount of oil used by residents of Seoul at the time.

Things changed in the early 2000s when the nearby World Cup Stadium was constructed; how could such a hazardous and flammable facility stand so close? A transfer was made, meaning that the oil tanks officially closed in December of 2000. The five oil tanks stood without a purpose for many years to come.

In 2013, the government finally decided to put these towering tanks to use by converting them into a culture and ecology park, as well as a cultural complex. It was built in part with Seoul citizens, who played an important part in expressing what they wanted to see built. It is now an architectural inspiration that represents how everything in our world, even literal trash, can find a new purpose that makes everyone a bit happier.

As an art historian, I was mostly drawn to the Oil Tank Culture Park for its plethora of contemporary exhibitions. I was pleasantly surprised by their collaboration with international artists and the wide range of media shown. Additionally, the eco-friendly nature of the park appealed to my tree-hugging heart. As you can imagine, it can be tricky to find green spaces in one of the most populated cities on the planet.

Of course, the aesthetic of these oil tanks might not appeal to some; after all, they’re literally cylinders of rusted metal. Being somewhat steampunk and gothic in my interests, I appreciated the grungy look and feel of it all. It’s once again not easy to find areas in Korea that steer towards the dark and gloomy rather than the white walls of Scandi-inspired cafes. However, this trend of ‘renovated’ places is growing in Seoul and around Korea in general, and we’re very pleased to see these places getting a second chance.

The Oil Tank Culture Park will appeal to the quiet-hungry, eco-friendly art lovers visiting the city. If that’s not at the top of your list, you may want to stick closer to the hustle and bustle of Hapjeong, Hongdae, and Mangwon just a couple of subway stations away.

The Culture Yard is the first place you’ll end up when visiting the park. It’s a large square where visitors can rest and enjoy the view of the nearby mountain and tanks. It also hosts large-scale performances, festivals and markets from time to time. For more information about events, visit the park’s official website.

The first tank on our list was where petroleum was held. After the city dismantled the tank, they quickly reconstructed its walls with large panes of glass offering a panoramic view of Maebongsan Mountain. It is also home to various exhibitions, workshops and performances. This is one of my favorite buildings in the complex, as it makes for a great photo background.

The next tank on our list was nearly perfectly preserved, meaning it offers a closer look at the historical background of the park. Its presence allows visitors to take a peek into the past. Due to this particular tank, the park can remain a cultural heritage for future generations.

T4, the Culture Complex, is one of the most popular destinations in the park. This former kerosene tank is now a huge cultural space that hosts performances, exhibitions, educational seminars, and experiences such as craft making. You can walk around the inside of the former tank and soak in the towering steel walls and pipes while learning something new.

The Story Hall is really the art hub of the complex. It’s where where contemporary art shines in a large collection of exhibitions, as well as a history exhibition diving deeper into the park’s history. This is a great place to grasp the past, present and future of Oil Tank Culture Park.

As mentioned previously, the Seoul community had a large part in the design and function of the park. They discussed in detail what they wanted to see and do here, which is why the Community Center is so symbolic to the area. The park’s main offices can be found here, as well as lecture halls, conference rooms, and a cafeteria. The best part for visitors is the rooftop floor where you can see the sky open up through it’s donut-hole opening. For a quick sit-down or dash away from the summer heat, check out the ‘Eco Lounge’, a library with a focus on green books.

Strollers and wheelchairs available at the Guide Hall.
All areas in the park are non-smoking.
The park has a strict NO PLASTIC policy – tumblers suggested.

Who was Crown Prince Hyomyeong?