Seoul in the Time of COVID-19 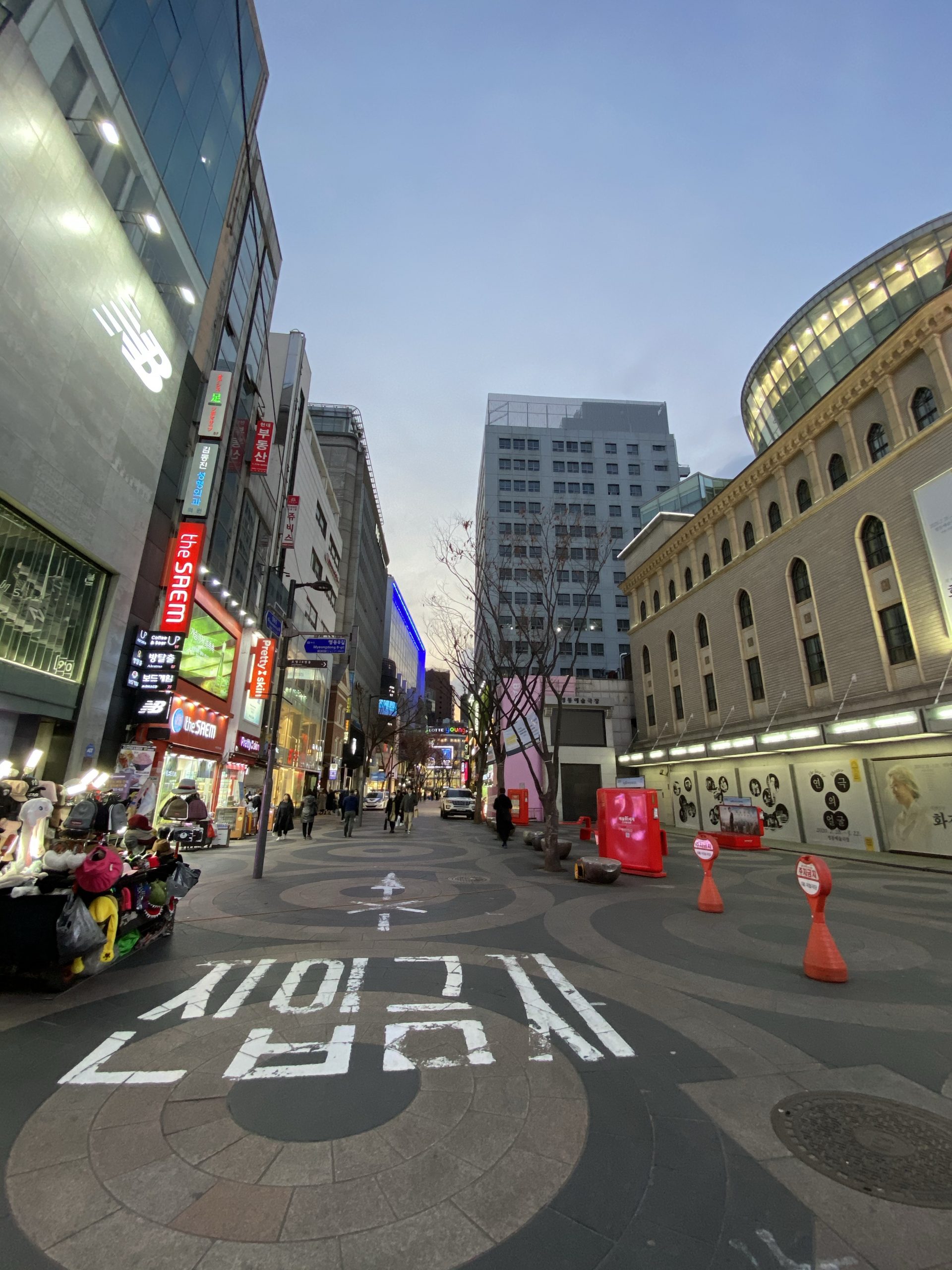 It’s hard to know how properly to start this post. How DO you start a post talking about the ONLY thing that everyone is talking about these days? Yes, today I felt like I needed to talk about COVID-19 and the situation here in Seoul, South Korea. My thoughts may be a little jumbled, but I hope to give you a little insight into what’s been going on here in Seoul in the last month and a half.

COVID-19, at that time still unnamed, arrived on the Korean peninsula around seven weeks ago, brought over on a plane by someone who had visited Hubei province in China. It spread a little at that time but was ultimately quite contained with only one or two cases popping up every other day. It wasn’t until a couple of weeks later that we found out about The Superspreader, also known as ‘patient 31’. A woman in the southern city of Daegu who happened to be a member of the infamous Christian sect Shincheonji got ill, refused testing a whopping 3 times, and then spread the virus to around 1000 people through attending church services and other events around Daegu and the country. This is when cases of the virus started spreading rapidly throughout Daegu and the wider area of the North Gyeongsang province. Cases in Seoul rose a little also, and they started increasing around the rest of the country too. A few more cluster breakouts of the virus have happened, even just in the last few days, but the situation in Korea is currently quite stable, with hundreds of people being cured and released from isolation every day, and fewer and fewer cases being announced. (It is, however, an ongoing issue and, of course, it cannot be said that it’s over.)

The early days of the virus in Korea were strange. Being so close to China everyone was acutely aware of what was happening in Wuhan, then Hubei, then of course the rest of the country. It was really only a matter of time until it reached South Korea, and it felt to me like everyone was waiting for it. Of course, when the day came it was no surprise, but then it was serious. At least to some people it was. Many people, myself included, weren’t really bothered. “It’s only one case. No need to worry!” Because, really, who expects the whole country to get sick from just one person? Generally, people were nervous but not too concerned.

A change in behaviour

When the cluster was discovered in Daegu was when people started to get really serious. The Korean Centre for Disease Control (KCDC) set up twice daily announcements going out on several different platforms – I kept track on Twitter. The cases started rising in the tens each morning and night. People started wearing masks and washing their hands a lot more than they used to (something this country needed more of anyway). Hand sanitiser and masks were provided on buses, and then began selling out in all the shops.

Then, as the cases roses in the hundreds by the day, temperature checking stations were set up at the entrance to every bank, department store and shopping centre. The start of the school year was postponed, postponed and postponed again. Many people were put on leave from work. Masks have now been rationed to two per person per week (remind me to pick mine up tomorrow afternoon). And this doesn’t even mention the restrictions on people arriving from overseas or flights going out to other countries.

It’s been quite amazing to watch the response of the healthcare system to the virus here in Korea. A coronavirus hotline has been setup for people to call if they think they may have it. All testing is totally free as is, I believe, the hospital stays and all treatment regardless of who you are. They’ve even made it 100% free and confidential for anyone here illegally to receive testing and treatment without risk of being reported to the authorities. Drive-thru testing stations have been set up across the country to make it safer for both the testees and the medical staff administering the test. It takes 10 minutes to do the test and just a day (maybe less!) to get the results.

I think that the efficiency of the Korean healthcare system’s response to COVID-19 has really helped slow down the spread of the virus in this country. It is also one of the main reasons why we have so many cases ‘compared to’ other countries. When you’re testing thousands and thousands of people every day you’re bound to find more cases that countries that aren’t offering tests to anyone who thinks they need it (I’m looking at you, U.K.).

Fairly soon after the Daegu cluster was discovered, around the same time that people were being put on leave from work or being told to work from home, the government introduced a new campaign encouraging ‘social distancing’: staying at home and not meeting friends and family. Some people are calling it quarantine or isolation (two different things) but it all means the same, and it’s all been for the same cause – to stop the spread of the virus.

Petulant? Bitter? Call me what you want

For those of you who don’t know, I work as a homeroom teacher at a private kindergarten here in Seoul, and for four weeks now I’ve been off work on forced vacation. It’s looking like that might even continue for another two weeks. Now, I was a little reluctant to socially distance myself during my holiday because it was just that: a holiday. My boss has taken my annual leave and make me use it now so I’d be damned if I wasn’t going to use it, and use it I did, a bit. I visited cafés and restaurants and met a few people. I even celebrated my birthday at a bar with some of my friends, and I had my mum come to visit me, so of course I had to visit some tourist spots with her. (And I wasn’t alone in this – there were quite a few other people out too!)

Being out and about in Seoul during this time has been quite interesting and, at times, shocking. Nearly everyone is wearing a mask even just while walking the streets. I’ve noticed hands being washed a lot better in public bathrooms. It’s a little hard in a city of 10 million people to stay metres away from everyone else, but some people are certainly trying. And that’s made a little easier by the huge numbers of people who are following the government’s advice and just aren’t going out.

The bar I went to for my birthday is normally jam-packed on a Friday night, but that night it was barely half-full. Mum and I visited Deoksugung palace which had very few visitors, walking past the top of the scarcely-populated Cheonggyecheon and City Hall on the way, both of which usually have huge crowds of protesters and lots of people milling around. But the strangest of all was going to Insadong and Myeongdong which were both totally empty. Insadong on a Saturday afternoon is normally filled with tourists and Koreans alike, out for a stroll and a shop after lunch or after visiting a palace. Myeongdong is full to the brim every day with tourist shoppers from all over the world, and vendors stood at street food carts selling their treats. However, visiting in the time of COVID-19 shows a very different, quite eerie picture.

Much as it was difficult to start this post, it’s equally as difficult to end it. By writing this I simply hope to share a brief image of what’s going on in Korea and Seoul in particular, as the world goes through this tough time. None of us know when it will end, and although the numbers of new cases here in Korea has decreased rapidly in the last week we can’t be sure that it’s really coming to its end.

Stay safe, wash your hands, and for fuck’s sake STOP buying toilet paper unless you really need it.

Hapjeong: Why You Should Skip Hongdae and Head Here