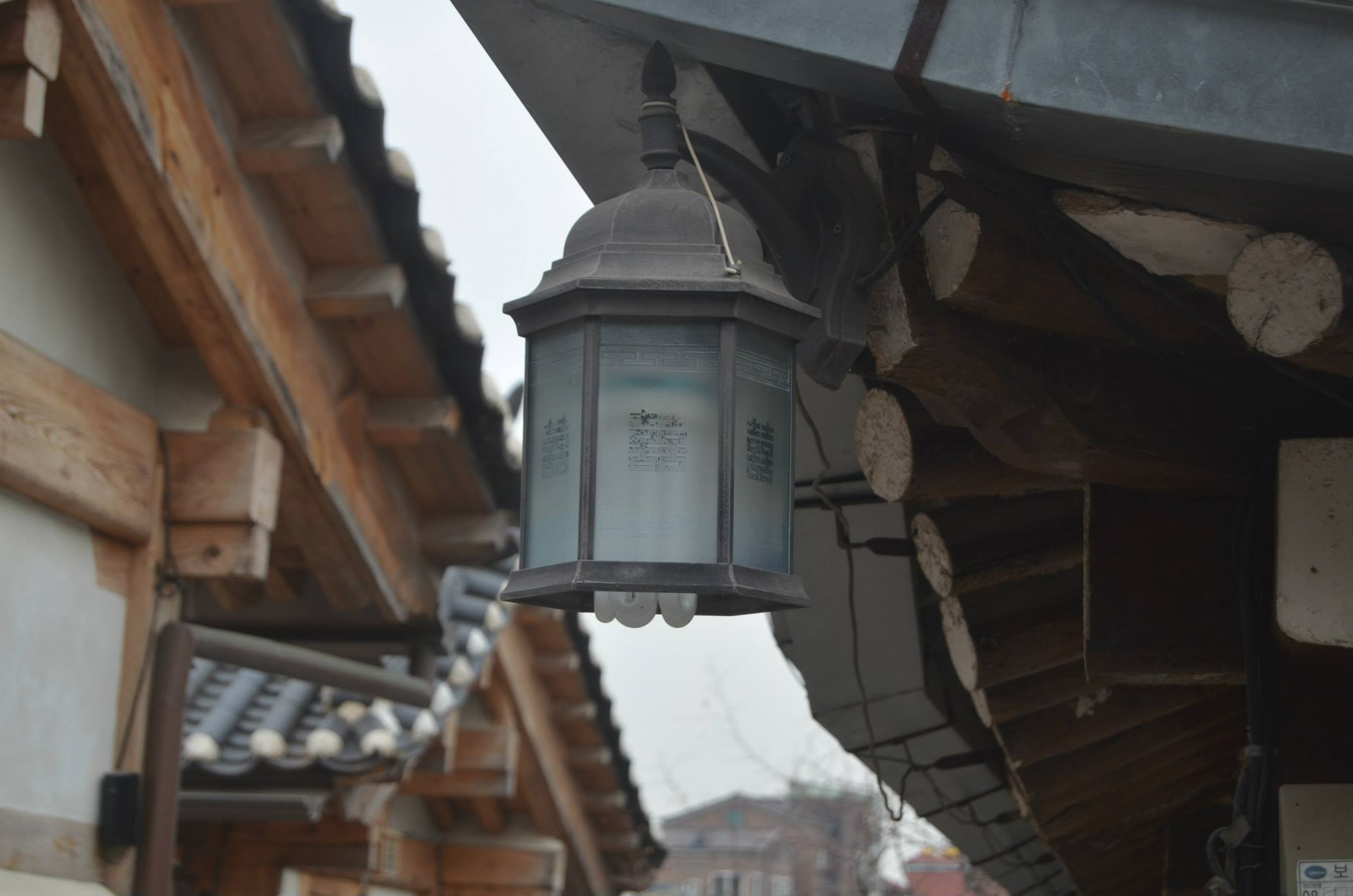 If you’ve read my previous posts, you know that I love history. Like, a lot. I’ll happily shell out money for museums and exhibitions to learn more about the place I’m standing in. But what about literally stepping into history? There’s nothing like reenactments, authentic restaurants and of course… traditional villages.

Traditional villages aren’t few and far between in Korea. You can find them in many big cities, as well as dotted around the countryside. Most depict the lives of specific groups of people, great heroes, and particular time periods in the country’s 5,000-year history.

Seoul is home to several traditional villages, both ancient and man-made. When I spoke with my local friends, we agreed that four were particularly worth mentioning in a comparative guide. With that being said, which one should you see first? Which one best matches your interests? I hope this brief introduction is able to help you plan your next visit! And if you have the time, I’d definitely recommend checking out all four.

I first visited Namsangol in 2015 with my friend Sharma. Winter had definitely come, as it always does in Korea. Despite the chill and my significant lack of warm clothing, this became a highlight of my first trip to Seoul. I loved the cheesy cutouts and stunning buildings; they kept me balanced between 21st century and ancient life.

Namsangol isn’t only famous for its folk village, but the amenities it offers. The theater there is particularly famous for plays about Korean fairy-tales, as well as traditional instrument performances. Korea House 한국의집 offers immersive cultural experiences related to clothing, food and other uniquely Korean activities. It’s also a hot spot for traditional weddings and the shop boasts work by renowned Korean craftsmen – at a high price, mind you.

This ‘historical’ village was actually built in 1998 and doesn’t directly reference any specific area of the Joseon dynasty (1392-1910). You can enter one particular home to explore what the interior would have looked like during these decades. The walking paths and neighboring Namsan Mountain are a real treasure to both locals and tourists alike. The actual house of a Joseon man named Yoon has been transformed into Yoon’s Tearoom 윤스 다방, where you can watch or partake in an ancient tea ceremony.

Best Thing To Do: Catch a show at Namsan Gugakdang 남산국악당, the country’s traditional music center. Don’t worry about the language barrier – let the music speak for itself.

Best Photo-Op: Look for a winding path guarded by trees that leads to Namsan Tower. When the sun is trickling through the treetops, you’ll find your gorgeous shot.

Easily the most recognizable place on my list, Bukchon is one of the oldest hanok villages in Seoul and the one that crowds flock to at all times of the year. I visited here for the first time in 2015 and, much to my dismay, took a wrong turn and didn’t end up seeing much. Since I’ve gone back, I’ve made more definitive choices such as specific cafes and museums like the Go Hui-Dong House, home of Korea’s first oil painter.

In fact, I think most tourists make the mistake of not seeing all there is to offer. The most popular trek is recognizable by the numerous government-run arts and crafts stations, but if you keep making your way back, you’ll come across residences with jaw-dropping architecture. When heading to the main road of Samcheong-dong 삼청동, head towards Jeondok Public Library for more lovely photo-ops. My suggestion is to give yourself plenty of strolling time; stop at cafes, check out galleries and make the most of your time in this more-expansive-than-you-think area.

From the top of the hills, you’ll be able to see hundreds of hanok rooftops. The neighborhood is surrounded by plenty of historical sites like Gyeongbokgung Palace 경복궁 and Jongmyo Shrine 종묘. One thing you should know about this neighborhood is that residents have complained over the years about the excessive amount of tourism. You’re still allowed to go there – don’t worry – but please be as quiet and respectful as possible.

Best Thing to Do: Although there are various hanok that offer craft experiences, head to the main center to choose between three of the most popular choices. The options change every month, so you may be surprised at what’s on offer!

Best Food and Drink: Although this isn’t actually in the Hanok Village itself, head to Samcheong-dong for warm, cinnamon patjuk 팥죽 (red bean porridge) at the modestly named ‘Second Best House in Seoul‘. Only cooked by grandmas, it’s hard to find a porridge as tasty as this.

Best Photo-Op: Where to begin? While the main path is gorgeous, it’s also full of people. Take the brick wall road along Changdeokgeung Palace 창덕궁 instead. It’s almost always empty, but the ancient wall offers a beautiful backdrop, especially when the peeking trees change their leaves in the autumn.

Okay, okay. Don’t sue me, but I’ve only been here once. And the first time I went was the end of 2019. Ikseon-dong was never on the top of my list because of how quickly it became popular (it seemed to explode on the scene in 2017) and how small the alleyways are. A claustrophobic’s nightmare. But actually, I really enjoyed my time there and I felt like the small square of cafes and restaurants was distinctly unique, even among Seoul’s traditional villages.

Most bloggers and tourists come here for photo-ops, like the ever-so-popular tourist shop with umbrellas outside. Aside from that, it’s mostly the cafes that people are itching to see. Cafes here are uniquely decorated, each with their own definitive style. While others are more traditional, some are inspired by the recent minimalist wave. If you’re familiar with the Netflix drama, Mr. Sunshine, you can also try on replica vintage clothing at Ikseon Boutique dating back to the Edwardian Era.

The history of Ikseon-dong and it’s current state is, to say the least, not as happy and fun as its current atmosphere. The neighborhood was located near the Joseon royal buildings making it a space for political and administrative work but became a commercial area after Japan colonized Korea. The whole area now has a whopping 330 shops, but there are only a few streets that tourists stick to. Since the history of these buildings is centuries old, the recent popularity of the neighborhood has been somewhat of a disaster for these poor houses. Most of the hanok have been gutted out, meaning that the building’s structure won’t last very long. Essentially, it’s gentrification at its finest in Seoul. It’s great to see that these buildings are getting some love, but unfortunately in a way that isn’t lasting. You can read more about the troubles here.

Best Thing To Do: Aside from the great restaurants and cafes, check out the little boutiques and jewelry stores. As mentioned above, Ikseon Boutique is a charming experience for groups or duos.

Best Food & Drink: Dongbaek Yanggwa Jeom 동백양과점 is famous for its strawberry souffle pancakes if your sweet tooth is screaming. It may be a bit on the pricier side, so head here when you’re in a ‘treat yo self’ mood.

Best Photo-Op: Honestly, because of the desperation of local shop owners to rake in cash, most of the cafes and restaurants here are beautiful. Be sure to make a full walk around and see which place suits your fancy, then snap away.

Let me just get this out there: I’m cheating with this one. Korean Folk Village isn’t actually in Seoul, but a satellite city called Yongin 용인. Yongin is famous for many tourist destinations, but the folk village makes the top of my list. I visited in the blazing summer of 2019 and have wanted to go back ever since. This is easily the most immersive and exciting stop on our list. The village has no affiliation to the modern: no grand houses, no busy roads, no Scandi coffee shops. It’s just history all around you.

Everything offered in the folk village is worth seeing. There are various shows performed each day such as an ancient wedding reenactment. For Koreans, one of the most popular characters roaming the village is the town beggar, who’s dirty and crude on both the outside and inside. Actual craftsmen dot the village with their stalls where you can try your hand at making metalwork, embroidery, or woodwork. In the back of the village, you’ll find a food complex with various traditional eateries, as well as several snack vendors around (find the traditional toffee seller!). My biggest piece of advice is to save enough time – this really is a full day trip and most of the shows are a must-see.

Best Thing To Do: The show not to miss is the horse-riding show. The talented acrobats stand atop one another while they’re riding a horse. Yeah, you read that right.

Best Food & Drink: The KFV Traditional Teahouse is a really interesting spot because it also sells healing herbs. The heated floors are really cozy inside of the traditional hanok with hanji 한지(traditional Korean paper) walls.

Best Photo-Op: Although a bit morbid, there’s an area with Joseon torture devices that a lot of people enjoy. If you’re looking for something more family-friendly, the main entrance with its gorgeous lanterns or the neighboring bridge make fabulous ‘golden hour’ shots.

Each traditional village of Seoul has its own charm. For the shopping lover and blogger, Bukchon and Ikseon are calling out to you. For the historical enthusiast, Namsangol and Korean Folk Village are certainly a viable option. Overall, they’re all worth seeing and if you have the time to check out all four, I promise that you won’t leave Korea with any regrets.

Have you been to any of these villages? Which one reigns number one on your bucket list? If there’s any that we’ve not included that you think must be here, leave a comment and let us know!