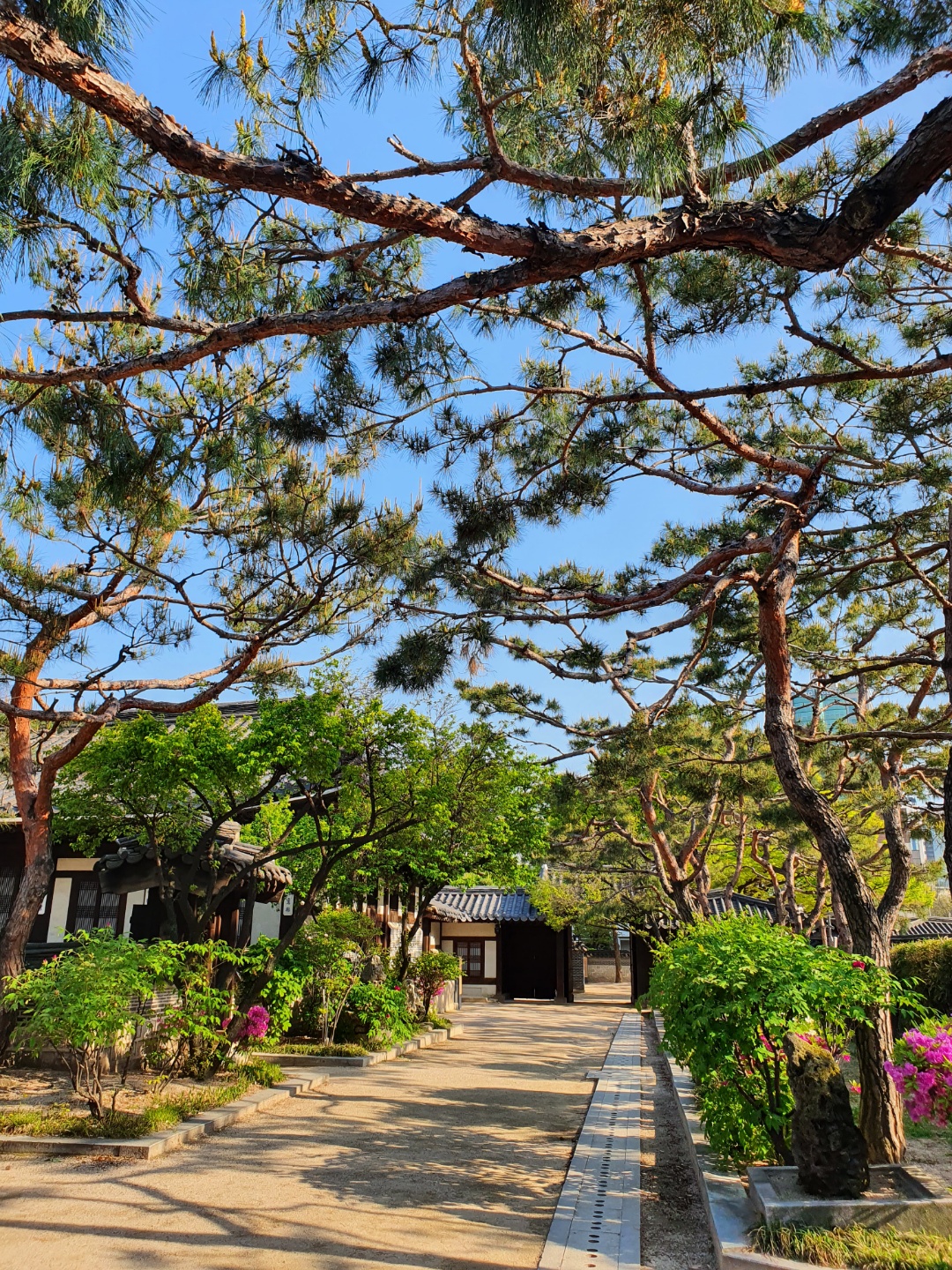 Tucked between tourist icons Ikseondong Cafe Street and Insadong lies a national treasure in the form of a palace. That’s Unhyeongung (운현궁), a key location during the fall of the Joseon Empire that has now become an overlooked wonder in downtown Seoul. This palace, albeit smaller than the others, has a unique story to tell. Read on to learn more about the man who called Unhyeongung his home, and discover what there is to see and do in this stunning hidden gem.

Heungseon Daewongun (흥선대원군 , 1820-1898), known as Daewongun, translates to ‘prince of the great court’. His impact on the final days of Joseon were so significant that his bestowed title almost exclusively refers to him.

Daewongun was knowledgable about Confucianism and the Chinese classics from a young age. Despite his early accomplishments, Daewongun’s royal in-laws considered him insignificant. His early government career consisted of mostly ceremonial work, downplaying his intelligence and political capabilities. It was only when his young son became King in 1864 that Daewongun was able to taste power. Danwongeun ruled from within Unhyeongung and has since become its most famous resident.

King Gojong, Daewongun’s son, was very young at the time of his enthronement. This led Queen Sinjeong (신정왕후) to invite Daewongun to assist his son in ruling. By doing so, the Queen renounced her role as regent despite the title still being hers. In fact, it was Daewongun who played a large part in Gojong’s famous marriage to Queen Min. Daewongun had stated that Lady Min was ‘a woman of great determination and poise’. This decision would come back to haunt him, as Queen Min later became one of his greatest political rivals.

Daewongun initiated several reforms with the main goal being to crush the ruling faction that threatened the sovereignty. In order to do so, he led an anti-corruption campaign and taxed the aristocracy. Additionally, he was strictly ‘no treaties, no trade, no Catholics, no West, and no Japan’. Due to his refusal to engage in international relationships, Joseon suffered from a limited market and a low opportunity for industrial revolution. By doing so he was protecting his own social class, but meanwhile interefering with the impending modernity of the 20th century. Many Koreans believe that if Daewongun had allowed foreign exchange, Japanese colonization could have been avoided altogether. Other historians disagree, stating that a mere 10-year isolation policy couldn’t have kept Japan at bay.

Gojong finally came of age in 1874. Queen Min was now able to influence him into a role of ‘full royal responsibility’, forcing Daewongun into semi-retirement. Both Japanese and Chinese forces entered Korea to put down the rebellion that Queen Min was building, when Ma Chien-Chung decided that it was time to remove the Daewongun from power. Ma was able to arrest the Daewongun under the charge of disrespect towards the emperor. One hundred Chinese soldiers escorted him to Tianjin, China. The Chinese eventually returned him to Korea in 1885, although the King and Queen had him swiftly placed under house arrest, limiting his power even further.

In 1894, the Japanese were gaining control over the peninsula and were searching out an inside leader during the Gabo Reform. Daewongun agreed, asking the Japanese that in return for his help, they not demand a single piece of Korean territory. Upon witnessing his hunger for power, the Japanese began to feel nervous and came to the ultimate decision that he was not to be trusted and eventually removed him from the position. There is some speculation that Daewongun played a role in the assassination of Queen Min in 1895, although involvement is not entirely clear. This pushed Gojong and Daewongun’s relationship even further than what it already was. He died in 1898, living out the rest of his life as a celebrated painter.

Daewongun’s grandson, Emperor Sunjong, felt that he had made a significant contribution to Joseon. In 1908, the Emperor posthumously raised Daewongun to the rank of Imperial Prince.

Before the enthronement of the 26th King of Joseon, Gojong, Unhyeongung was a Jamjeo (잠저), or temporary stay for the future King. The palace is now Historic Site (No. 257) and is located in the heart of the political center of Seoul. It holds a special, albeit quiet and at times forgotten, place in the hearts of Koreans.

Although today’s structures come from the latter half of the 19th century, the site dates back to the 14th century. Most buildings were destroyed during the Japanese Invasions (1592-1598), as was the story with many official buildings at the time. The palace later expanded to a large complex complete with four gates, but this also did not last. The Japanese confiscated the residence in 1912 and only returned it to the royal family’s descendants in 1948 under U.S. discretion. The Seoul Government was able to purchase the land in 1993 to recover and preserve the remaining structures.

Today, Duksung Women’s University now occupies former palace grounds, as well as other smaller businesses. I’ll be introducing you to the remaining features of the palace, all which are undoubtedly beautiful and worth-while to see.

Gyeonggeunmun was originally used for King Gojong to enter the palace and it stood between Unhyeongung and Changdeokgung. When King Gojong sat on the throne at the age, construction of the two side gates began. Gonggeunmun was exclusively for Daewongun when he frequented the palace.

Norakdang is arguably the most pivotal building in the palace. It was mostly used for lavish feasts such as Hoegap (회갑, celebrating one’s 61st birthday) with the royal family. In 1866, it was where King Gojong and Myeongseong (aka Queen Min) performed their wedding ceremony. The royal wedding accommodated 1,641 secretaries and 700 horses, indicating the size of Unhyeongung at the time. Visitors can witness a reenactment ceremony twice a year. For more information, check the website at the bottom of this article.

King Gojong once ordered Daejehak Kim Byeonghak (대제학 김병학) to write a story about this building called ‘Norakdanggi (老樂堂記).‘ Kim wrote that the distance between Norakdang and Heaven is only a few inches, suggesting that there was no place quite so auspicious than Norakdang Hall at the time.

Noandang housed the exiled Daewongun for the end of his life. After his release from being kidnapped by the Qing Dynasty, Gojong’s father was exiled here under Queen Min’s rule. He died in the small room located behind Noandang, making this a key structure of the palace’s history.

‘Noan’ refers to respect and comfort given to senior citizens and derives from a phrase used in The Joseon Analects. The splendor of its special composition, minimal wooden structures and detailed engineering make this building the most palace-like of them all.

In 1866, after the wedding ceremony, the newly-wed couple resided in Irodang during their visits to the small palace. As Norakdang was assigned to the role of a secondary palace, the need for another space to function as a main building arose, leading to Irodang’s construction.

Upon entering the palace, on your right stands Sujiksa, a residence for the guards of the palace.

In this small hall towards the end of your tour, historic relics related to the palace and Daewongun are displayed. Visitors can gather a deeper understanding of the latter part of the Joseon Dynasty via the hall’s ceremonial clothes, replica model of the palace, and various daily goods. Most items are replicas, with the real items being preserved in the must-see Seoul Museum of History.

5 Traditional Korean Snacks & Where to Try Them

Jeju Beach Life: Where to Enjoy the Best Views on the Island